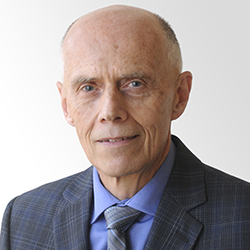 Garry was raised on a farm near Cabri. He earned his CA designation in 1977, the predecessor to the current CPA designation, after receiving his Bachelor of Commerce degree from the University of Saskatchewan in 1974. He joined the firm on October 11, 1977. Over the years, he has worked for periods of time as a staff member, a partner and now as a manager.

Garry specializes in the audits of municipalities and other not-for-profit entities within our Assurance Services department.