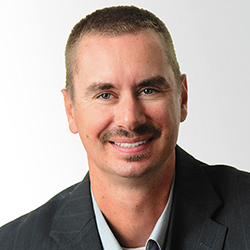 Conrad earned a Bachelor of Science degree in Business Administration with a concentration in Finance from Winthrop University (South Carolina, USA) in 2004. He began working for Peters and Loeppky, Chartered Accountants in May of 2005 and moved over to Stark and Marsh in 2008 when the two firms merged.

In 2009, he decided to pursue his CPA, CA designation, through the legacy CA program, which required a few course upgrades followed by completion of the CASB (Chartered Accountant School of Business) program which he successfully completed in 2014. In September of 2014, he wrote and passed the UFE (Uniform Final Exam) which is the last step to becoming a CPA, CA, and in January 2019 attained his Certified Valuation Analyst (CVA) certification. In January 2022, Conrad became an Associate Partner with Stark & Marsh.

Conrad’s experience is mainly in corporate year ends, corporate tax, personal tax, and farm programs. He is also working in the valuation department.