Bucking a trend of continuous job gains since January, Canada lost 43,000 jobs in June as the unemployment rate hit another record low of 4.9%, according to data released by Statistics Canada on Friday.

Even with the loss in jobs, the June data is unlikely to sway the Bank of Canada from announcing another interest rate hike next week.

The decline, entirely because of older workers leaving the workforce, is evidence of a tightened labour market as demand remains robust amid dwindling supply.

Employers in most industries are still eager to hire, but are having trouble finding the workers. Even though the economy lost jobs, it’s a symptom of the worker shortage rather than of weak demand for labour. Households are having to rein in their shopping to cope with high inflation, which might have led to the decline in retail jobs (down 58,000).

But the decline in natural resources, which lost 20,000 jobs, shows just how vulnerable these positions are amid instability in the global energy and commodity markets. Average hourly wages grew by 5.2% on an annual basis, still below the 7.7% headline increase in the consumer price index, but straying further from the central bank’s 2% inflation target.

This has two implications: first, a heated labour market in which workers are capitalizing on their power; and second, rising inflation expectations that are becoming more entrenched.

Even as high inflation fuels recession fears, June’s job report is a testament to the continuing strength of the economy. Even though some industries might be feeling the heat of a slowdown, the economy as a whole is not in a recession yet.

While demand for workers will remain strong, it might also vary greatly based on industry. And given the strength of the labour market, it is increasingly possible that the Bank of Canada will keep raising interest rates for the rest of the year.

This article was written by Tu Nguyen and originally appeared on 2022-07-08 RSM Canada, and is available online at https://realeconomy.rsmus.com/canadas-unemployment-rate-hits-record-low-even-as-economy-sheds-jobs/. 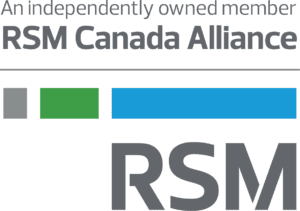